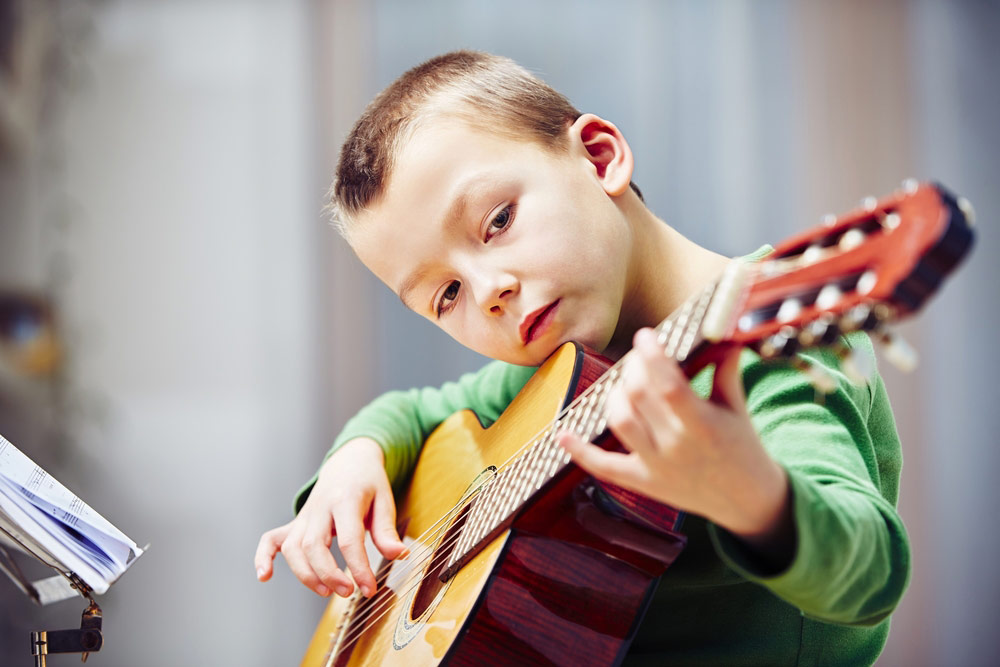 If you are planning to master the art of playing the guitar, the first thing you will need to learn is the most commonly used chords. Once you have learned these, you will be able to play many different tunes on your instrument. You can learn how to play these chords online so, before you begin, why not try practising virtual guitar chords on your keyboard to learn the different sounds each chord makes. Once you’ve got your ear tuned into the sound of each you can begin to learn how to play them.

Here is a beginner’s guide to guitar chords:

When you learn guitar chords, the first one to learn is Em. The small ‘m’ stands for minor. This is the most commonly used chord and it will play a big role in many of the songs that you will learn along your journey.

The second of the guitar chords you will need to learn is C. This is also known as C Major, but you do not need to say major as people will know what is meant when you simply say C. You will need to strum the highest five strings and if there is an ‘X’ in the chord chart, you need to mute that particular string.

The third most commonly used chord is G and there are two possible fingerings for this. Try learning both at first and then using the method you find simplest.

Once you have learned how to play this chord, you will have the ability to play thousands of different songs. However, this is one of the trickier guitar chords to master as the third finger often touches the first string. To avoid this, try holding your third finger right up on its tip.

Learning these chords will help you to master many of the most famous songs ever recorded. To make sure you are playing the chords correctly, however, it is important that your guitar is in tune. Try using an online guitar tuner and practise playing virtual guitar chords online until you are comfortable with the sound that each makes.