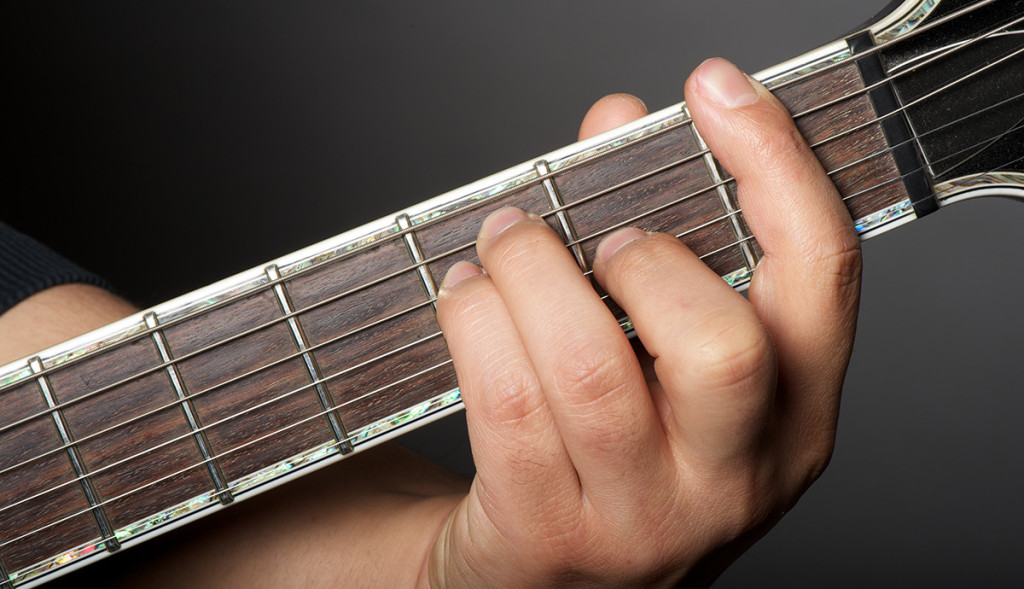 Depending on the genre of music you want to learn how to play, when you listen to the structure of famous tunes you will find that some are a lot more common than others. In fact, when you listen to rock music closely, you will realise that many of the tunes use exactly the same guitar chords over and over again.

In theory, you can use any combination of progressions and chords to make a song, but you will soon realise that certain progressions sound better than others. This is why they are used so much by professional musicians and songwriters. If you want to play rock music, here are the eight most common chord progressions you will need to learn how to play in order to bust out a jam with the best of them.

This is one of the most common chord progressions used in rock music so this is the one you should probably master first. It is used in many hits, including ‘Do Ya’ by Electric Light Orchestra.

Another favourite in rock music, this chord progression is used in many famous hits, such as ‘Talk Dirty to Me’ by Poison and ‘Semi-Charmed Life’ by Third Eye Blind.

Another common and simple rock chord progression is E-B-A. This is similar to the D-A-G progression as the finger positioning is the same, just two frets further up the neck.

This is a really popular four chord progression in rock music. This progression is used right through ‘Welcome to My Life’ by Simple Plan.

This is a great chord progression to learn for songs with a more sombre tone. It is used in Bon Jovi’s ‘It’s My Life’ and ‘Girlfriend’ by Avril Lavigne.