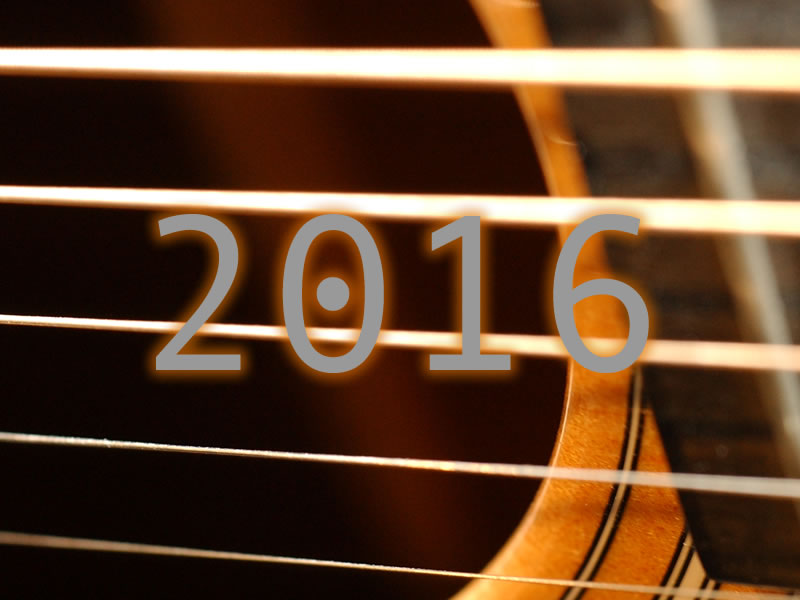 A very happy new year when it comes to everyone for 2016.

This hugely popular tune is sung the world over on New Years Eve. Words attributed to Scotlands National Poet Robert Burns. Burns completed the lyrics and then a few melodies were tried out before the most common version was settled. The meaning of the song is “for old times sake”.

With some straightforward guitar chords, the first verse and chorus can be played like this:

Here’s a few versions of this song below including a fingerstyle guitar version from my brother Ian, go bro….! all the best for 2016, Bob Melrose.

Jimi Hendrix – rocking guitar (wait for about a minute) 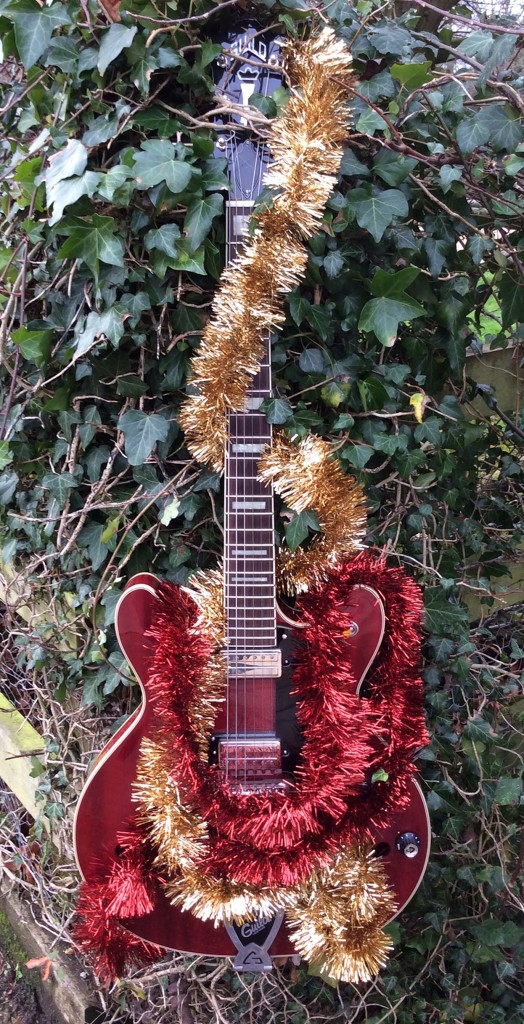 Thought it would be nice to have some Xmas tunes that can be played on guitar and not necessarily the obvious ones.

A varied selection of holiday hits that should suit all tastes and, with a bit of practice, you can master just in time for a Christmas sing-along.

So not a top ten list or anything but some interesting choices.

So here we go…

‘The 12 Days of Christmas’ by Big Time Rush

With a little help from Snoop Dogg, the boys in Big Time Rush deliver a jaunty take on a time-tested classic. The simple arrangement is perfect for the novice player who wants to get a fun song under his or her belt. A simple progression using D, A and G (all major positions) lets anyone play along to this holiday favorite. Instead of partridges in pear trees, however, this urban-inspired version features corn dogs, sweater vests, hockey helmets and a host of other goofy gift ideas for guys.

‘Underneath the Tree’ by Kelly Clarkson

Winner of the very first season of American Idol and subsequent winner of hearts worldwide, Kelly Clarkson brings it home for the holidays with this spirited performance of a cherished Christmas classic. Clarkson’s critically acclaimed 2013 Christmas Album features this finely crafted holiday jaunt that is fit for intermediate guitar skills. A capo on the third fret will allow you to use a progression of C, Em, Bb, Dm, G and C to play along with this fine holiday song.

‘All I Want for Christmas is You’ by Mariah Carey

This pop music mainstay who has been a prominent figure in mainstream music was once nicknamed “Mirage” for never showing up to class. Well, regardless, she sure showed up for Christmas with a festive take on holiday romance. The song starts out rather cool and quiet, then the intro leads into finely arranged progression in the key of G. The verses start with G, C and Cm and move to B7 and Em then get into some mid-level interplay between E7, Am7 and D while the chorus is a straightforward movement through G, Em, C and D.

During such a nostalgic time of year sometimes it is nice to indulge in a throwback to the lush pop music world of the 1990s. This wildly successful pop band offers up a catchy take on holiday cheer in the key of C with a capo set on the 5th fret. This upbeat tune moves along simply and happily — going back and forth between C and G with the occasional F placed in the arrangement for an effective dynamic.

‘Have Yourself a Merry Christmas’ by Katy Perry

This holiday classic was an early Christmas favorite of Frank Sinatra’s as early as the 1950s, and Katy Perry does it plenty of modern day justice. The arrangement starts with fairly simple first verse/chorus arranged with G, Em, Am and D7, B7, E7, A7. The Second verse/chorus deviates from this format into B7, Em and B3. The bridge consists of four lines utilizing c, Bm, Am, G maj7, Em, Bm and the somewhat difficult F sharp 7.

The fact that “The Beeb” seems to hold a permanent spot in the pop music limelight means he better not forget about Christmas time. He makes good on this notion while maybe even making up for a few social slip-ups. The song moves along nicely at a mid-tempo pace, moving easily along the A, E, F#m and D chord progression. The video features a wintertime teen romance that compliments the narrative of the song as the lyrics oscillate between verse and chorus several times, climaxing on the final chorus and then ending on a smooth fade out.

‘My Only Wish This Year’ by Britney Spears

This former Mouseketeer and pop music icon summons the magic of Santa to deliver companionship to the lonely amid a straightforward chord progression that is perfect for beginners. The song intro, and first two verses follow a C, Am, F and G pattern that leads to a pre-chorus using Em, Am, F and G and then a big chorus running through a nice chord exercise of C, F, Dm, G, Em, Am, F, G and C.

The breakout star who began his meteoric rise to pop stardom as a Mouseketeer alongside Britney Spears sings a brooding, romantic lament for a Christmas sweetheart. This mid-tempo tune plays in the key of C, moving around between Gmaj, Am, C and Em. is gorgeous holiday classic is performed alongside his NSYNC band mates and is a perfect choice for a six string serenade.

‘It Came Upon a Midnight Clear’ by Frank Sinatra

The unmistakable voice of “Old Blue Eyes” floats with ease through this languid, breezy rendition of a holiday classic . Following along on the guitar is fairly straightforward for the intermediate player, and may present a skill-building challenge for the beginner. The better part of the song plays easily between G, C and D with a couple dips in and out of A7 and D7. The crux of the song happens on the third line of each verse with a key fluctuation running through B7, Em, A, A7, D and D7.

‘I’ll be Home for Christmas’ by Elvis Presley

It’s no secret that the King of Rock and Roll had a soft spot for Christmas. His affinity for the holidays is abundantly rich in this sentimental classic sung and played with an easy, laid-back swagger. The song starts with C major and moves through a few straightforward changes that will be a mild challenge for a beginner and be a breeze for the intermediate player. Just be sure to brush up on your Em, Dm, C7, D7 and Am chord positions and then let it snow.

The holiday season is here, and it is time to break out your six-string and treat your family and friends to a few fun renditions of some top tunes and a few holiday classics.